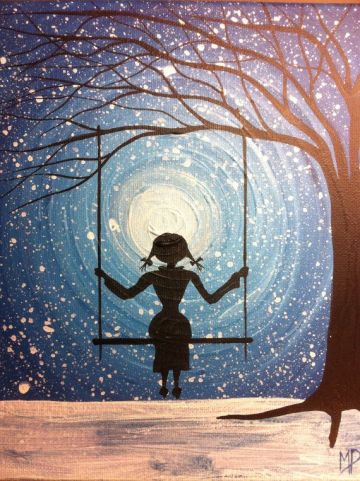 It’s hard to write these days. It’s hard to make a sound. I try to speak, but nothing comes out. It feels like no one sees the silent world I live in. Most days it still feels like the safest place to be–eyes cast aside, hands clasped tightly and not making a sound. But the silence is deafening and I want to scream out, anything to break the tension that I feel. My mind is a whirlwind of thoughts and emotions.

I’m trying to figure it all out. I’ve sat with my pencil and book and tried my best to make sense of all the things swirling around in my head. I’ve written letters to T to try to explain how it feels. Most days I feel like I’m not getting anywhere. There is no consistency or linear path that helps me make my way through it all. There’s always something else waiting in the wings, ready to take over for the thought that I allow space for.

What is it like? To know someone is still there? Even when you can’t see them?

T is going to be away soon and it feels like goodbye. I’ve never been good at goodbyes. They always feel terminal. Bad things always happened when people went away. Bad things happened when people didn’t come back. It’s hard to shake that sense of feeling like something bad is always going to happen. T says I feel this way because I don’t feel like people still love people when they aren’t around and that when others I count on leave, it is like they end (not just leave and will return).

I know what T does. For me. He sees me when I want to be invisible. He cares about me when I can’t care about myself. He works hard to create a safe, sacred space to allow me to be completely vulnerable, to share things that I’ve never shared with anyone, and to support me in ways no other person could. When I doubt myself, when I slip back into old patterns, whatever happens, he is there. When I need someone, he’s there. When I cry, he’s there. When I laugh, he’s there to laugh with me. But most of all, he listens to me. For so much of my life, I just needed someone to hear me, to understand me, to just ‘get it,’ and he works so hard at doing just that.

I also know that he needs things for himself. I know he needs weekends and holidays and vacations. I know he needs time with his family and friends. I know I am lucky to know him and have him in my life. I know I should be grateful for all that he gives—the e-mails and text messages and time. He gives so much time to me.

But (because there must always be a but), I don’t like ‘breaks’ from him.

Knowing that T will be away has everything feeling amplified. I always feel particularly unsettled in the first little while after learning he is going to be away but it feels like this time it is going to be a long time that he will be gone. I almost had myself convinced that everything would be fine but then on Friday he said he was leaving earlier than I thought and it’s going to be two weeks now rather than the one week I anticipated. I wasn’t prepared for longer. I’m not prepared for longer.

I don’t think he will have been gone this long since last summer. Just the odd day here and there, really. Judy is gone now too. She’s not in private practice anymore because she moved to an organization. So, she’s not available for the times when there are long breaks from him.

I don’t know who to talk to, about him, about me and how I feel when he is gone. Who will see me when I’m invisible? ‘Normal’ people don’t want to hear about these things and don’t understand the way I feel about him and our relationship. They don’t understand why weekends and holidays are so hard for me. Judy did, but she’s gone now. He does, but he’ll be gone too.

I hate that he is leaving. I hate it more that I care. We have tried to talk about it. I guess I should say that he has talked about it. I hate even talking about it. I don’t say much. I can’t make myself talk. I want to say fine, what’s to talk about, he’ll be gone, I’ll be fine end of story, let’s move on. That isn’t how I feel though.

Is it strange? To feel like this? Or is it only strange to me? Is it wrong? It feels wrong to me.

I can’t handle the missing or the separation. I feel split on whether to stay or run away. Parts of me feel so very angry; angry that I know T; angry for how I feel about him; angry that yes, I survived a lifetime of abuse, but still have to deal with it; angry that my past has become the centre of my life and angry that my past tries to steal my life.

I wish I knew him in a different time and place. Not because of this. Not because of the things that happened to me. To know him just because. It isn’t fair that I have to know him in order to keep myself alive. I know the choice to remain is mine, but the other options are so infinitely final. I don’t want to feel the way I feel about him. I hate it. I hate it right down to my core. It feels pathetic and childish and wrong. I don’t want to need him or to feel like I will die without him in my life. I don’t want to feel left by him or angry with him.

It’s ugly. It’s brutal. It’s painful. Nobody deserves this. It goes against the tide. The wound has never had a chance to heal and always leaves me feeling unloved.