I’m going on a road trip tomorrow. Well, at least I hope I am. They are calling for almost 70mm of rain along Superior’s north shore, so I might have to delay by one day. I’d rather not get stuck along a barren highway in the middle of October due to a washout if I can help it.

My journey will take me almost the entire length of the northern portion of the Lake Superior Circle Tour, I’ll be seeing (and hopefully stopping at) places with names like Pancake Bay, Sawpit Bay, Montreal River Harbour, Old Woman Bay, Katherine Cove and Sleeping Giant Provincial Park. I’ll also stop at the Terry Fox monument just outside of Thunder Bay. It’s a nine foot high bronze statue, set on a 45-ton granite base with a foundation of local amethyst, erected in memory of the courageous one-legged runner who embarked on a cross-country run for cancer research – the Marathon of Hope. The statue stands at the site not far from the place where he ended his 5,342 km (3,339 mi) run, stricken with the disease that ended his life on June 28, 1981 at the age of 22.

I’ve done the drive many times before, but each time and during different seasons, my eyes see it as though it’s brand new. 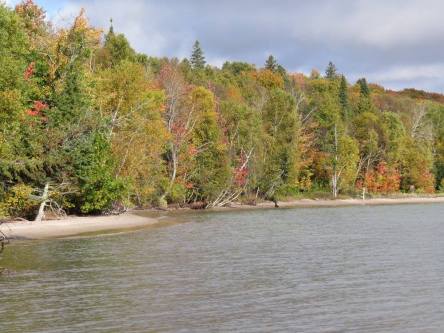 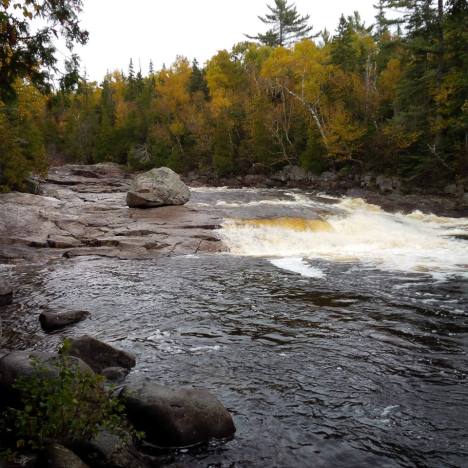 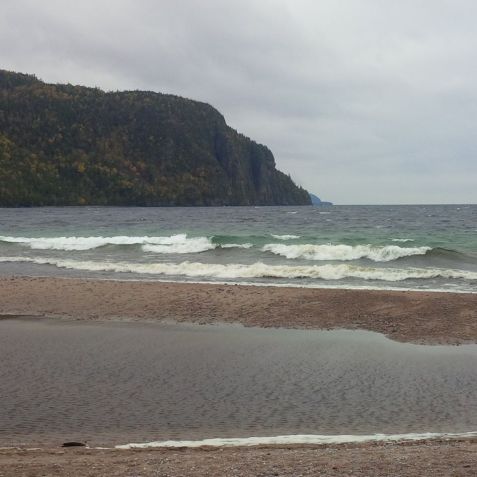 For just over 700 km, the twists and turns and ups and downs of the section of the Trans-Canada Highway that I will be travelling reveals the shores of Lake Superior and makes for a beautiful drive. Carved rock face, wild windswept forests and a lake so large it’s often described as an inland sea all make up the diverse terrain, and the roads offer enough of a challenge to keep even the most seasoned driver interested.

I love to drive. I love it even more when I’m alone. I can’t quite recall the last time I’ve had an entire day to myself but it’s been a long time. There will be no forced conversations, no fighting over which radio station to listen to and no stopping when I don’t want to stop.

It sounds great, doesn’t it? Truthfully though, I’m feeling a little torn about it. I normally like when I get to go on long drives, but this time, I’m not feeling the excitement so much. In some ways I’m wondering if it’s even a good idea. I don’t know if I have the energy to do it.

I’m going to Thunder Bay to visit my Auntie. There is something about it that makes it feel like it might be a last visit and it’s bringing a sense of unease. My two younger cousins have a very rare genetic condition called Xeroderma pigmentosum or XP for short. There is no cure. Symptoms for them include a severe sunburn after only a few minutes in the sun, freckling and dry skin. They also have hearing loss, poor coordination and loss of intellectual function. Within the last year, both of them have transitioned to hospital beds so that they can be elevated to prevent them from choking in their sleep. The only treatment is to completely avoid the sun but even that hasn’t slowed the progression of disease. Fewer than 40% of individuals survive beyond the age of 20 and both of my cousins are now over the age of 20. It’s hard to think about and I rarely talk about what’s happening.

I also hope my Auntie can help explain some things that were said this summer when my other Auntie visited. They weren’t questions I could ask over the telephone but I hope she might be able to help me make sense of why my mother is the way she is. Part of me is worried that all I’m going to end up with is less answers and more questions. But there are some things I need to ask.

I definitely need some time away from work. I’m tired. So very tired. But maybe it would be better to just take time off and stay home. I don’t know though. T and I have been talking about it and I think we’re going to come up with a plan. Something needs to give because I just can’t keep going on the way that I am. Last week was really hard and more than once I thought about quitting everything. I thought about quitting life.

I can’t explain it really. I have no words. The only thing I can come up with is that I’m just really, really tired.